Allotment of Shares vs Shares Transfer 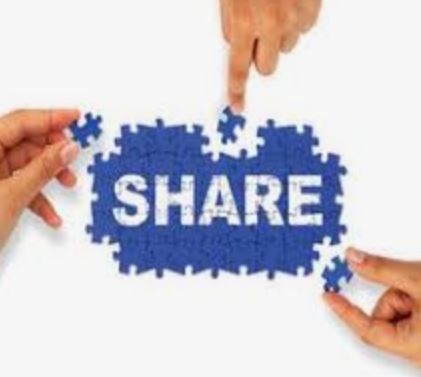 Share refer to degree of your ownership in the Company

You may owned shares via the following method :

Refer to person who owned shares during incorporation stage. They also called as founder of the Company

Company allowed to increase their shares at anytime .

Reason to increase shares can be anyone of the  following :

Allotment of shares via Cash

Allotment of shares in Cash form means that you are agreed to pump in certain amount of fund into Company bank account in return with company’s shares .

How much  to pay for the shares or how much shares’ value worth is depend on the agreement or confidence level on the Company.

Allotment of shares via otherwise than Cash

Whereas for otherwise than cash it can be offset against amount owned, fixed asset etc.

Mr Steve is the IT support for Company A

Company A not able to settled Mr Steve services invoices

Mr Steve accept the offer and become shareholder of the Company

Change of ownership can be caused by one of the following reason :

Some of the Company request their appointed Director to hold certain amount of shares. All the term and condition may be fixed by the Company in general meeting.

Company’s director must empower by shareholder to increase shares as requested by Companies Act S161:

Approval of company required for issue of shares by directors

161.—(1) Notwithstanding anything in a company’s constitution, the directors shall not, without the prior approval of the company in general meeting, exercise any power of the company to issue shares.

If NO such authority was stated on the Company’s constitution, Company allowed to pass Extraordinary General Meeting (EGM) to effect the change .

ALLOTMENT OF SHARES VS SHARES TRANSFER

Apart from the above only shares transfer is liable to pay stamp duties to IRAS based on their selling price OR net asset value whichever is higher .

However, they do have 1  common right : Pre -Emption Right

What is Pre-Emption right ?

Is a right given to the company’s existing shareholder to acquire any NEW shares via allotment or shares transfer prior any outsider .

Why Pre-emption right is important ?

Is a key mechanisms to protect minority shareholders.

Pre- emption right play important role here where is request the offer must present to the existing or minority shareholder first to avoid dilution .

Pre-emption right as part of the Company Constitution

Although Constitution does not expressly clearly about Pre-emption right, however it had been transfer authority to director.

Director is given right to approve or reject the allotment or shares transfer as stated following :

The directors may decline to lodge a notice of transfer of shares with the Registrar if :

(a) the shares are not fully paid shares ;

(b) the directors do not approve of the transferee ; or

(c) the company has a lien on the shares

Pre-emption right as part of the Companies Act

Companies Act request before any private company can be incorporated, its constitution must have a clause stated clearly the right to restrict the shares transfer .

Abolished Nominal Value of the shares

Company can determined their own varied of value

When can be named as shareholder ?

Upon the shareholder named is entered into register member. He or she is eligible to the shareholder right include right to vote , attend meeting , review company minutes,

share certificate specifying any shares held by any member of the company shall be prima facie evidence of the title of the member to the shares.

What is Shareholder Agreement ?

Copyright All right reserved
BACK TO TOP